17 Most Popular Mexican Desserts That You Must Try

History says that authentic Mexican food may have started with Mayan Indians and then influenced by other nations like Spain, West Africa, the Caribbean, France, and Portugal.

They added richness of ingredients to Mexican cuisine, creating great flavors to the most popular Mexican desserts today.

Some common groups of Mexican desserts include:

Here are 17 of the best traditional and most popular Mexican desserts that will tug at your heartstrings and make you want more: 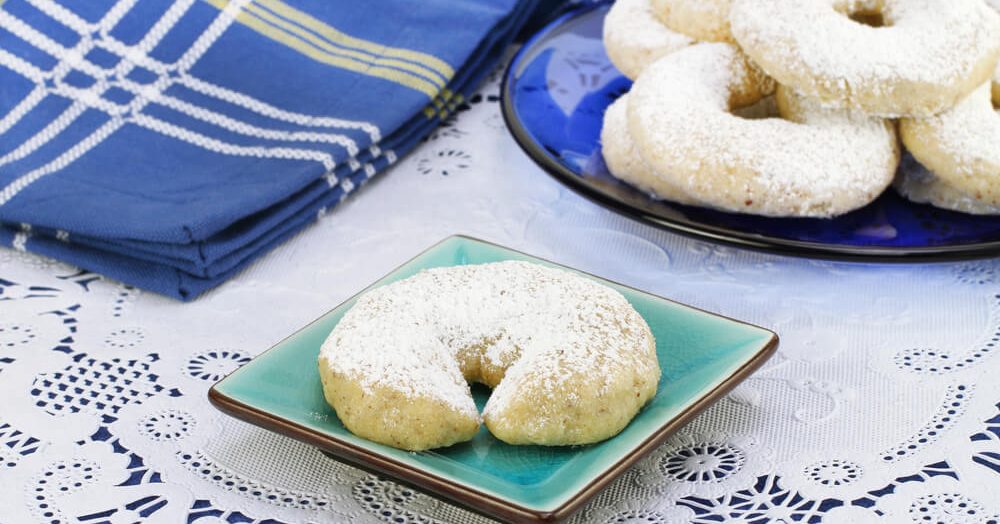 They are a Mexican version of the traditional shortbread cookies prepared with flour, sugar, and butter (or pork lard), sometimes added with almonds and other nuts.

A popular Mexican dessert and street food that satisfies a craving for something refreshing on a hot day are the paletas. 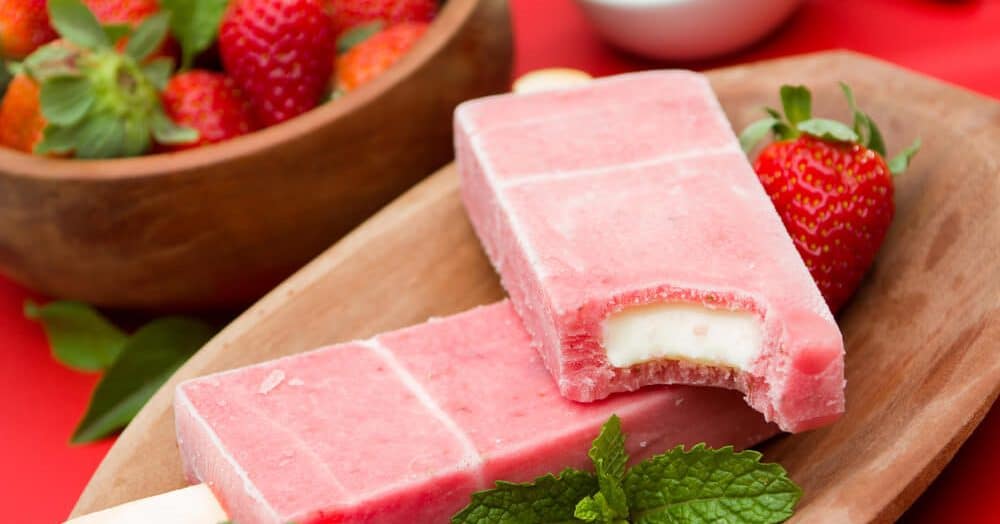 They come in many colors and flavors, made with fresh fruits, and sometimes enhanced with chocolate, pistachios, and other ingredients. They are prepared using water, milk, or condensed milk, and then frozen.

Eat a happy dessert, the Alegria! It is an oblong or circular dessert made of toasted amaranth seeds, honey, and sugar.

To make it more flavorful and interesting, chocolate, nuts, and raisins can be included. 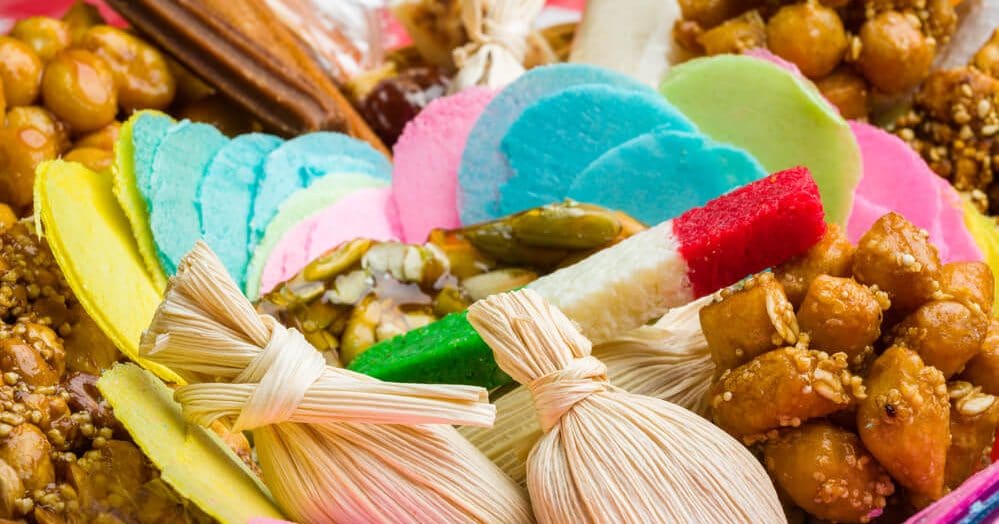 These Mexican treats are sometimes shaped into animals, flowers, and skulls, to celebrate the Day of the Dead.

Even stand-alone snacks like camotes that are served simply with condensed milk or jam are a crucial part of Mexican cuisine. 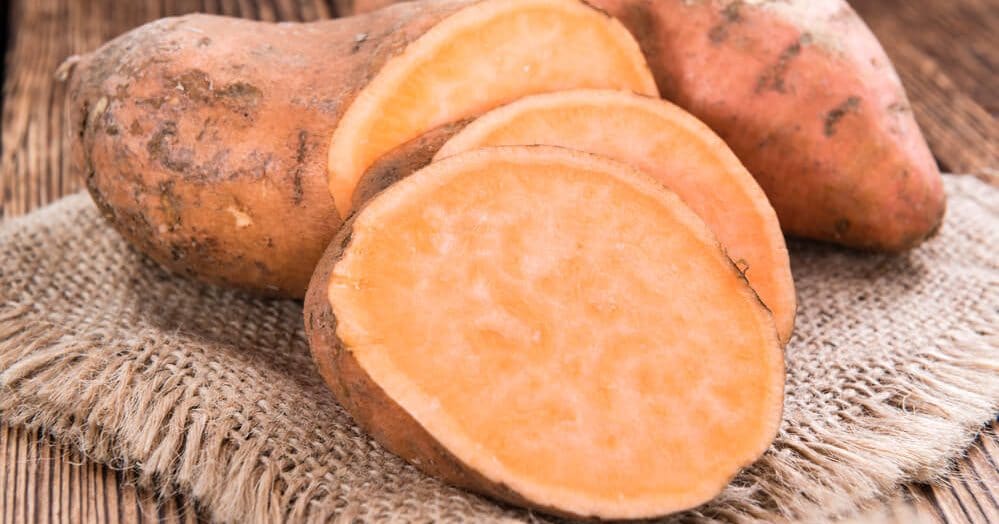 They can also be prepared by adding a cinnamon stick and piloncillo (raw sugar cane cone) when they are boiled for added flavor.

This delightful and popular Mexican dessert is made with egg yolks, raw milk, and rennet or curdled milk from calves. 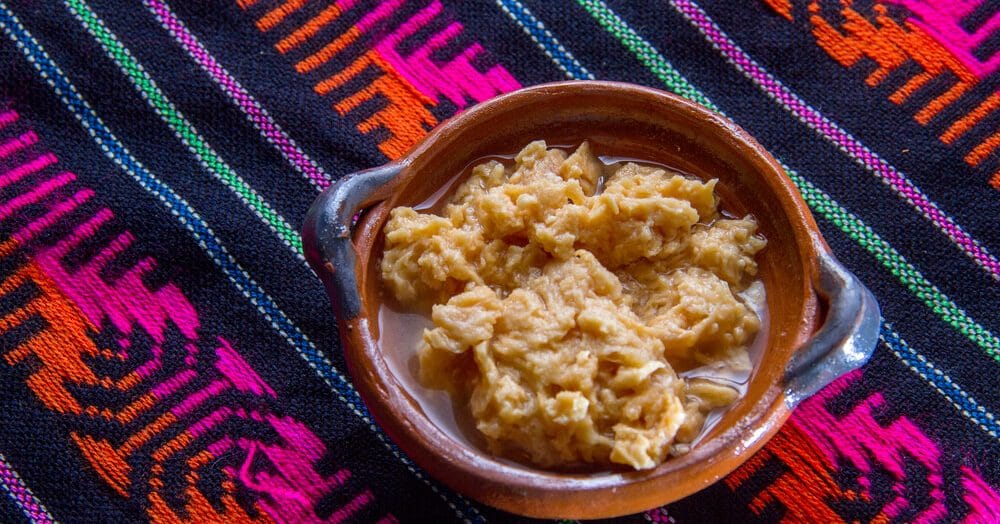 Its name means curd and the town where it originated. It is prepared in clay pots called cazuelas with cinnamon and sugar for flavoring, topped off with sugar, syrup, dried fruits, or liquor.

Definitely, one of the best Mexican desserts you will ever have is this Mexican version of the ancient Greek Cheesecake. 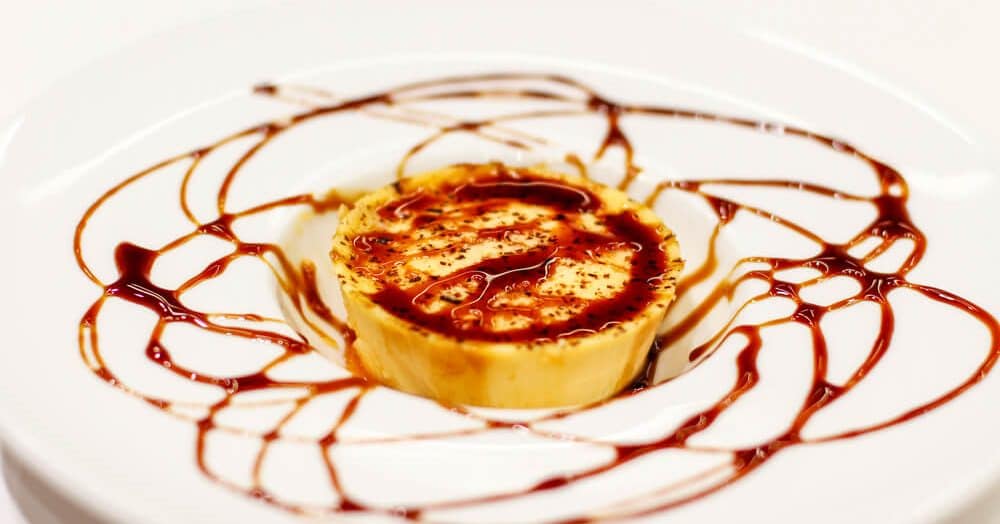 It comes in different flavors like strawberry, chocolate, and limon.

The name literally means female coyote, and a cookie from Hermosillo, Sonora.

It is made from flour dough filled with dates, figs, peaches, pineapples, guavas, caramel, or piloncillo (unrefined Mexican sugar).

You can top them off with ice cream or simply dip them in milk.

Nieve means snow and Garrafa is the ice and salt-lined steel tubs where the sorbet is churned. It comes in different flavors like pitaya, mamey, and flor de Jamaica.

This is Mexico’s official cookie that you will surely love for dessert!

They are frequently served with coffee or milk for breakfast but you can also enjoy them during celebrations and festivals.

This no-bake cake is one of the best Mexican desserts you will ever have.

It is made with alternating layers of crumbled Maria cookies and cream. The cream is a combination of milk and lime juice, frozen to ice cream consistency.

Named after Jerica, the Spanish birthplace of one of the nuns who invented this dessert, this gelatinous flan tastes like custard flavored with vanilla and cinnamon.

An oven-baked pudding made with old bread and flavored generously with cinnamon, brown sugar, syrup, peanuts or pine nuts, and fruits like apples, bananas, coconuts, raisins, and dates. It can sometimes be topped with cheese and sprinkles if you desire.

This insanely creamy and delicious “three milks” cake has a dense richness that makes it more like a custard than a traditional cake.

Finish your special meal or holiday celebration with this impressively rich, creamy caramel flan dessert. It’s one of the most popular Mexican desserts that dates all the way back to the Roman Empire. 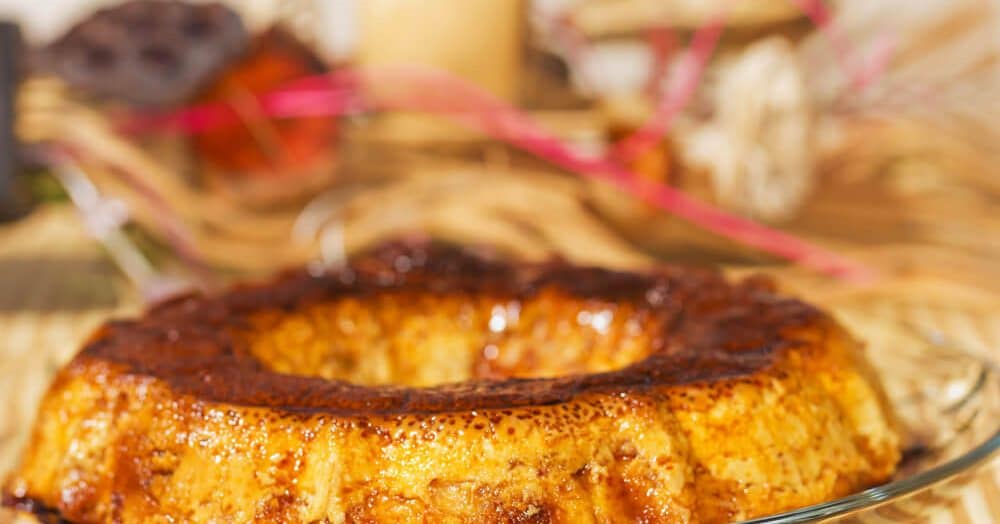 Churros are a favorite sweet treat from Mexico. They are called Mexican doughnuts piped and fried, then sugar-coated for a sweet treat. It is loved with dulce de leche or Mexican chocolate sauce for dipping. 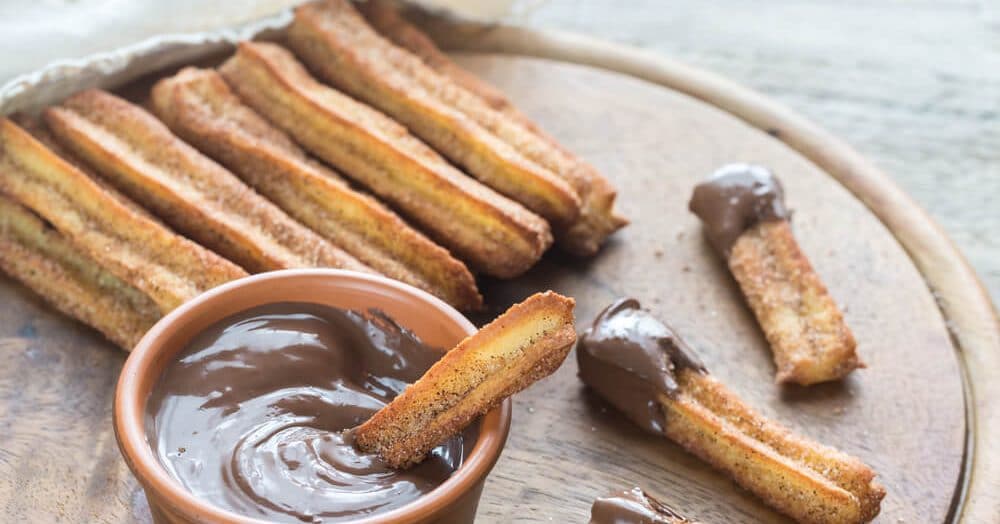 Anytime you need a light dessert or brunch treat, you can grab a bite of this rich, buttery sweet bread. 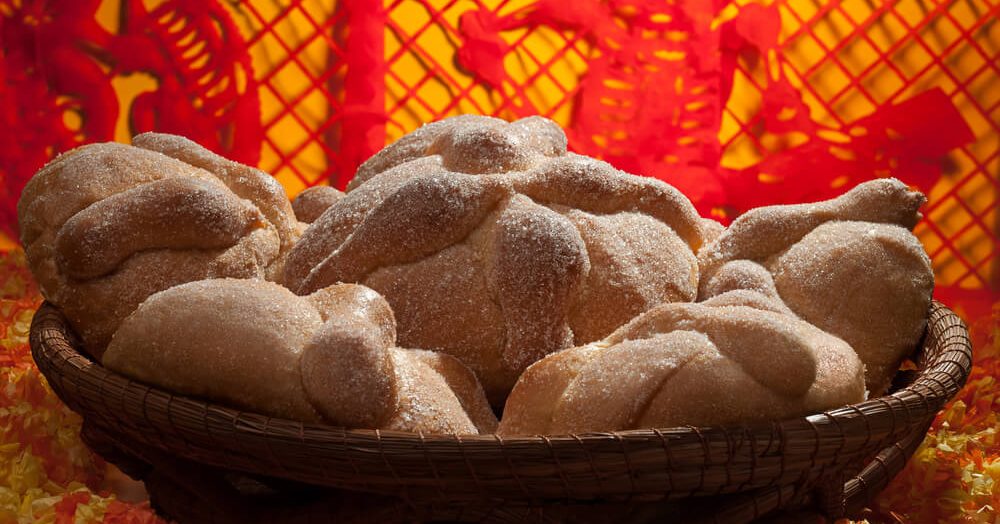 It comes with many variations on the flavor and shape, but the classic presentation is a whole bun with bone-shaped curves on top. It’s one of the most popular Mexican desserts on Dia de Los Muertos or the Day of the Dead.

Enjoy this Mexican rice pudding on a cold day or any time you crave a lightly spiced, sweet dessert. 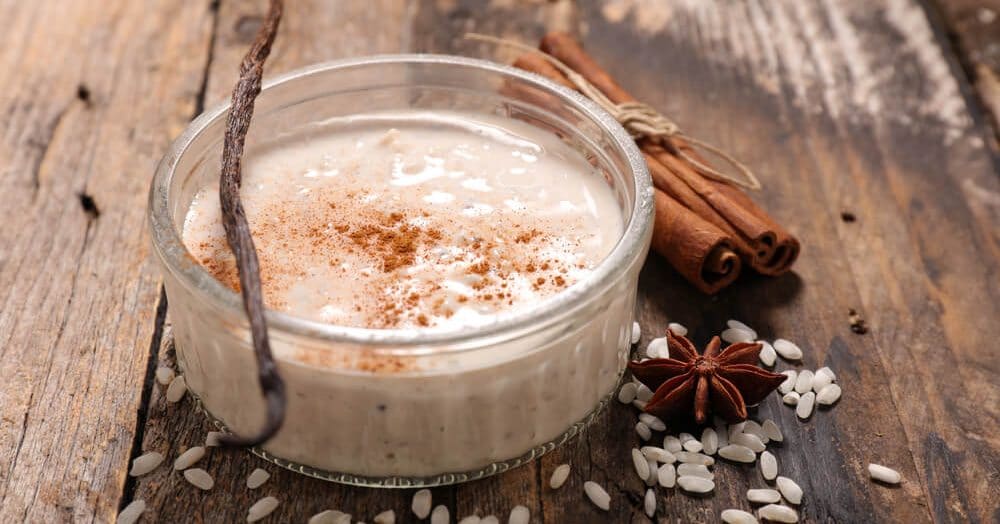 Cinnamon, raisins, and other spices you wish to add give it a nice flavor to round off your meal.

Mexican cuisine is not all about corn tortillas and salsa.

It has a sweet tooth, too, paving the way to creating the most popular Mexican desserts that are being served in authentic Mexican restaurants around the globe.