Quench Your Thirst with the Different Types of Tequila

The United States is by far the largest consumption market of Tequila in the world.

According to Statista.com, in 2019 alone, Americans consumed almost 20 million 9 liter cases of this alcoholic spirit.

And there is definitely no stopping this trend to soar in the coming years.

This is not surprising because whenever there is an occasion, different types of tequila are the go-to drinks.

Even in bars and restaurants, there is always that tequila-based drink a lot of people are looking for.

If you are an avid drinker of this spirit, most likely, you already know your way around the various tequila drinks.

But if you are someone who wants to know more about the different types of tequila, well this one’s for you.

What Are the Types of Tequila?

Tequila is known as a distilled spirit or beverage that is made from the blue agave plant.

It is primarily made and imported from Mexico because the blue agaves are mostly found there.

That is why the tequila industry is an important part of the Mexican economy.

Despite the fact that agaves can be cultivated in several states in Mexico, tequilas are only produced or made in specific areas. 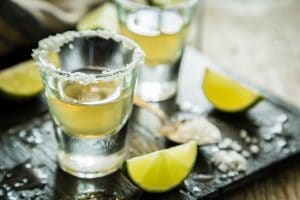 Through some strict rules and regulations, this popular spirit is only made in the state of Jalisco and a few other municipalities.

While some drinkers may only know of tequila as having two types – the cheap or expensive one, that is actually inaccurate.

To be exact, there are five different types of tequila. Most of which can be ordered in popular Mexican restaurants in Texas like El Rincon Mexican Kitchen & Tequila Bar through cocktails.

Whether you want to order this in a restaurant or maybe make it at home, these five types of tequila can definitely quench your thirst.

Blanco Tequila is also known as the white or silver tequila. This is because of all the types of tequila, Blanco is the purest since it’s made of 100% fresh blue agave

That is why this is considered to be the perfect tequila for cocktails and mixed drinks like margaritas.

Because no matter what you mix in it, you can still have the bold aroma and taste of tequila.

This tequila is also described as the unaged tequila since it is bottled almost immediately after distillation.

Although this is the common practice, some blanco tequilas are stored in steel containers for some weeks before bottling it for distribution.

But this doesn’t have a significant effect on the taste or smell of the spirit.

In contrast, other types of tequila requires months to years of aging in oak barrels or containers.

If Blanco tequila is known as the white or silver tequila, Joven is called the gold tequila. 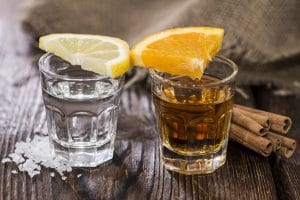 This is because this drink has a rich golden to light brownish color as impacted by flavors from oak and other agents.

The most fitting description for this tequila is derived from its composition or mixture.

It is made from the mixture of Blanco pure tequila and some aged tequila from an oak container.

So you can say that this tequila has the best of both worlds. It has the distinct taste of an oak-aged tequila with a kick of pure agave.

Joven tequila’s blend is rarer compared to Blanco and other types of tequila. So if you have a chance to buy it in your liquor store or in any restaurant, take the shot.

While the first two tequilas have fancier other names, Reposado is known simply as the aged or rested tequila.

But make no mistake, it may not have a grander alias but the taste is magnificent.

Reposado tequila is a distilled spirit that is aged in American or European oak barrels or containers by at least 2 months to less than a year.

Through this process, the tequila takes on several flavors as influenced by the tannins of oakwood, that is why it also has a golden color like Joven. 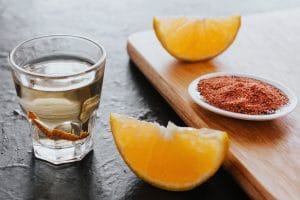 However, Reposado has richer and more varied flavors because it took a longer time to age. Its warm taste has traces of vanilla and caramel in it.

While it can also make a great base liquor for margarita, Reposado tequila is better used for heavier cocktails

Like its name suggests, Añejo is the aged tequila. Its name directly and literally translates to “old” in the Spanish language.

If Reposado requires less than a year to age in an oak barrel, Añejo tequila needs at least a year to three years of storage. So basically, if you leave out a Reposado in the oak container for a longer time than required, Añejo tequila is the resulting spirit.

This drink has an even richer taste and aroma compared to the other tequilas.

This is thanks to a longer time in an American or European oak container. Because of this, the liquor has a darker color and texture.

Although it has a weaker bite of the distinct tequila taste, Añejo is just as good of a drink.

With its sugary taste, it can be served as a standalone drink already. But of course you can serve it as a cocktail like a Paloma if you wish.

And finally, Extra Añejo is the newest addition to the different types of tequila.

If you ask what is the smoothest tequila you can drink, it’s probably the Extra Añejo because it has the least tequila bite.

If you leave a classic Añejo in its container for more than three years, Extra Añejo is the resulting drink.

Like the Joven, this tequila is also rarer compared to other spirits that is why it may be priced higher.

Most of the time, its target consumers are tequila aficionados. But there is no stopping anyone from sipping this tasty drink.

What is the Best Type of Tequila?

This question is often asked in bars, restaurants, and even blogs.

There is always that question asking what type of tequila is the standout among the others.

But in reality, there is no definite answer.

A Tequila for Any Occasion

So to whichever tequila will quench your thirst, drink away!

Check out El Rincon’s menu of Mexican cocktails perfect for sharing with friends.

A Brief History of Margarita