Craving for Tacos? Here are 5 Types of Tortillas You Can Use

Mexican food is one of the most famous cuisines in the world.

Flavorful, meaty, and spicy are often the characteristics associated with this cuisine.

When we talk about Mexican cuisine, instantly, one can think of burrito and probably guacamole.

But apart from these delicacies, Americans in the United States love eating tacos as soon as they get the chance. And this patronage is equivalent to billions of tacos consumed every year!

But do you know that there are different types of tortillas that are used for tacos?

As we all know, tortillas are somewhat the main ingredient in making tacos.

Although you can make tacos without a shell, you can’t deny that a tortilla makes it better.

But when you order this food in Mexican restaurants, you are probably just limited into a few options of tortilla choices.

Although each choice of tortilla will result in a very tasty taco, knowing your tortilla choices is also significant.

This is because for each type or kind of tortilla, you may get varied tasty flavors.

So let’s get to know some of these tortillas we are talking about!

Before jumping into our tortilla options, perhaps taking a stroll back in its history will be a great way to know more about it.

The word tortilla originated from the Spanish word tort which means cake. According to historians, this food was already present by around 10, 000 BC and was thought to be made from corn or maize.

The most famous civilizations associated with its consumption in the ancient times are the Mesoamericans.

Tortilla was thought to have been a significant part of the diet of peoples from Aztec and Maya societies.

This seems logical because corn or maize was their staple food. But during this time, it’s not certain if tortillas were eaten plain or with meat and vegetables.

Fast forward to the colonization of the Spaniards, this “flatbread” was formally called a tortilla.

And throughout the years, different variations of this food was created using corn and wheat.

Five Types of Tortillas for Tacos

But enough with the lessons about history, let’s get down to business.

Here are the most common types of tortillas for tacos you can order or make at home.

This type of tortilla can be considered as the first and original flatbread.

Tortillas made from corn and maize were already popular during the time of Aztecs centuries ago.

In the United States or generally North America, corn tortilla is an unleavened bread made from hominy corn. But if you are in Mexico where it originated, corn tortilla has at least three major types that are mostly differentiated by colors and type of corn used. 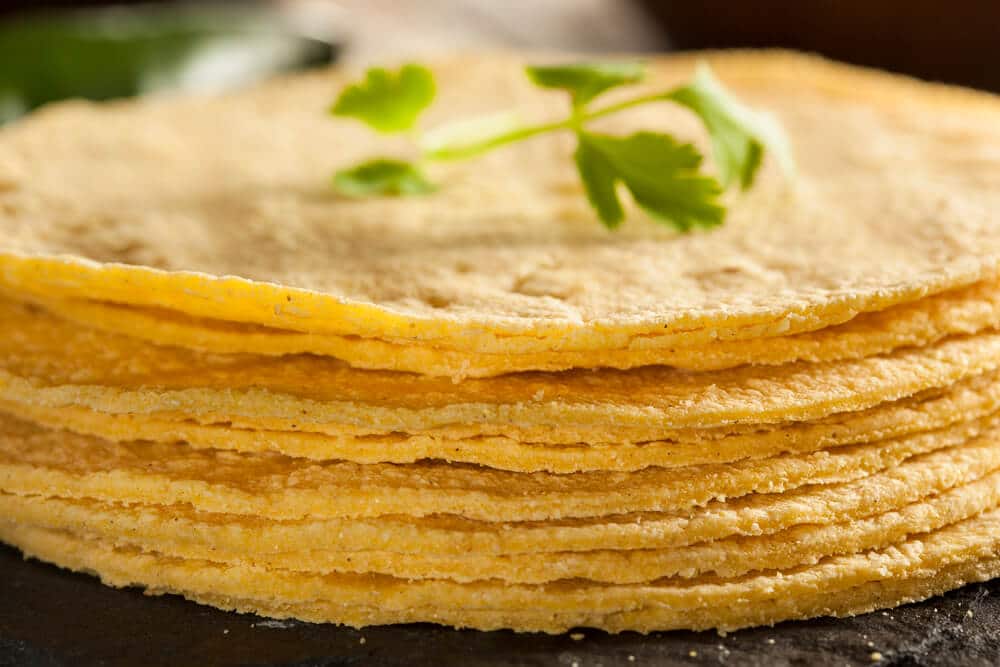 Blue maize, white maize, and yellow maize are the usual corn used for Mexican tortillas. Since these are basically different varieties of corn with different colors, the resulting tortillas are also varied.

Aside from being used as a taco shell, corn tortilla can be used for quesadilla and burrito.

This type of tortilla is sometimes called the wheat tortilla.

Like what its name suggests, this thin bread is made from wheat flour that was finely grinded.

Generally, the same procedure is done to produce this like the corn tortilla.

Apart from corn, wheat tortilla is probably the most used and popular tortilla being used today for different dishes. 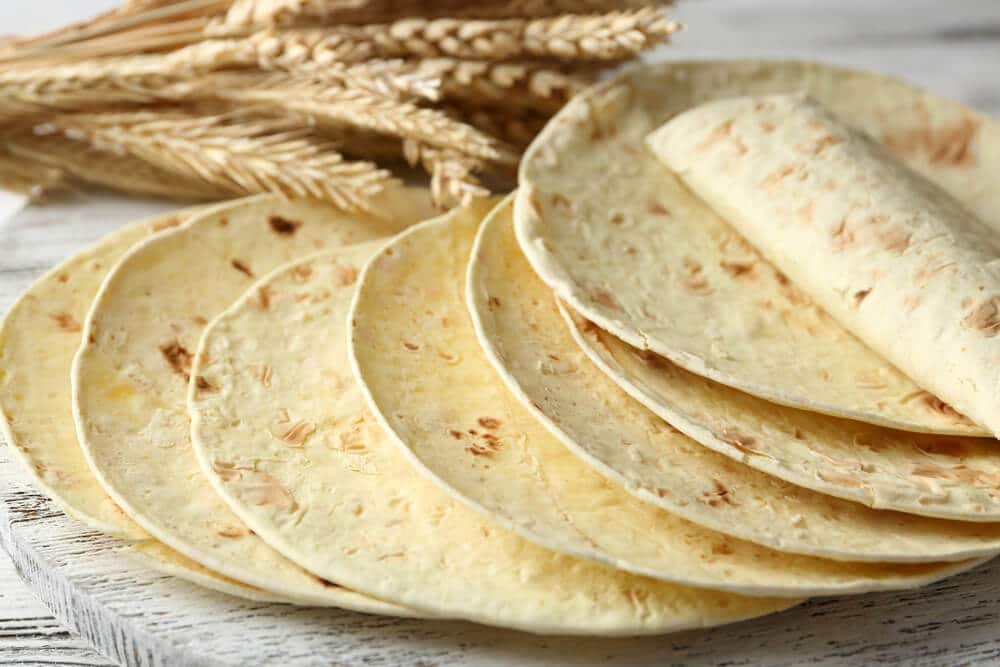 Some dishes where you can use wheat tortilla include

If used for tacos, flour will be a great choice because of its sturdy texture that will allow you to fill a lot of heavy ingredients like meat and veggies.

Nopal Tortillas or Nopales is a very popular tortilla in Mexico.

It takes its name from the ingredient Nopales from where it is made of. Nopales is a kind of cacti that is commonly found and sold in Mexico.

This cacti can even be eaten fresh if you want to.

For the health conscious, this tortilla might be a great choice as cacti pads are full of fibers and might even have fewer calories in it.

And you can basically use it as a shell to any dish you want other than taco.

Spanish tortillas are quite different from the traditional taco shell that Mexicans and Americans are accustomed to.

This type of tortilla is actually made from potatoes and eggs, unlike a regular taco shell of corn or wheat.

Sometimes, it is called tortilla de patatas because of its ingredients and composition like that of an omelet. 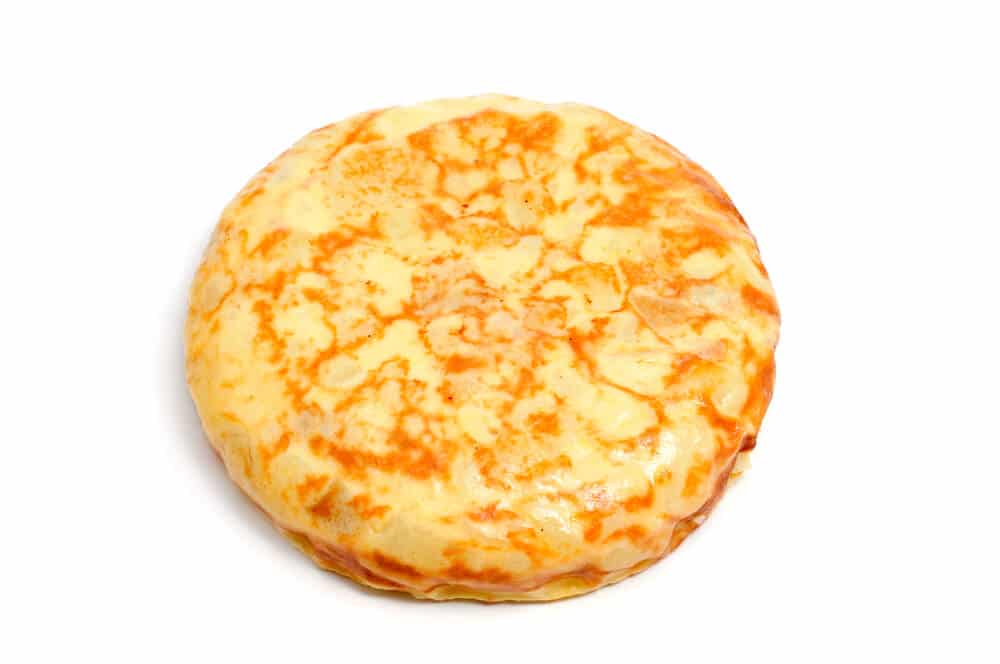 The closest thing that a traditional or regular tortilla shares with the Spanish tortilla de patatas is its circular shape.

Other than that, these are somehow entirely different dishes.

The great thing about this taco partner is that you can do it easily at home. The ingredients you just need are egg, potatoes, onion, olive oil, and some sprinkle of salt.

Our list of great wraps for tacos wouldn’t be complete without something a little bit different in terms of color and taste.

Because of its reddish to pinkish color, beetroot wrap is definitely a different yet great type of taco shell.

And of course by its name alone, you can identify that it is made from the juice of beet plant from where the color of the wrap comes from.

For this alone, if you ask what type of tortilla is the healthiest for tacos, beetroot tortilla is definitely one of the answers.

Like the flour and corn tortillas, beetroot can be partnered with basically most of the Mexican dishes that can be used as a filling.

Which Tortillas are Best for Tacos?

There’s no hard and fast rule when it comes to enjoying food. And that includes tacos and other Mexican food.

So go all out!

These tasty tortillas for tacos can all be cooked at home. If not, you can always choose from the taco selection of El Rincon where your favorite tortillas are used.